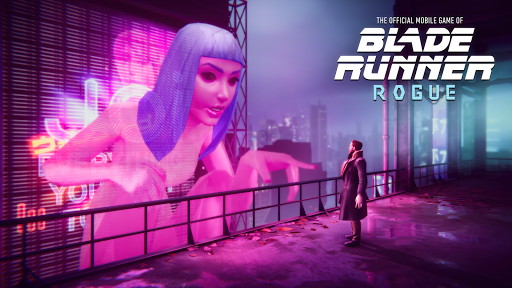 As a newly appointed blade runner in this sci-fi RPG mobile game, you’re tasked with hunting down rogue replicants as you collect clues to unravel mysteries in neo-noir cyberpunk Los Angeles. Team up with friends, take on your opponents in exciting sci-fi RPG turn-based battles and unleash unique abilities to gain the advantage. In the end it’s up to you to decide the fate of your targets! Will they be retired or will they be spared?

Features:
‣ Investigate multi-branched stories where each choice makes a difference to your journey.
‣ Collect clues, improve your team and gain an advantage over your enemies.
‣ Unlock unique skills and become stronger on each battle attempt.
‣ Discover 100+ of your favourite characters from the Blade Runner universe.
‣ Power up your team in this sci-fi squad RPG to take on more challenging targets with increasingly higher risks and even bigger rewards.
‣ Visit familiar locations from the films and survive the seedy streets of the beautifully stylized neo-noir cyberpunk Los Angeles.
‣ Join “The Hunt” and explore the thrilling sci-fi RPG world of Blade Runner with your fellow blade runners.

Can you survive the dead rising? In this post-apocalyptic turn-based strategy RPG, play missions to collect resources, powerful weapons and armor, and defend your base. Fight like it is your last day on earth and survive the zombie apocalypse!

• HUNDREDS of hours of content
Fight against zombies as heroes from the Walking Dead Season 1 like Rick, Daryl, Glenn in the best zombie role-playing game! Hundreds of missions to choose from. Story mode missions, challenging Distance missions, camp building and weekly challenges!

• PLAY online and craft the BEST strategy
Your guild is the key to protecting you through the zombie apocalypse and progress in this strategy RPG. Unite your guild to become the strongest in PVP! Your survival skills decide whether your guild will be dead by daylight or stay alive till the last day on earth. Besides PVP, if you are a lone-wolf, there’s story mode for you in this strategy RPG game.

• FIGHT zombies in TACTICAL TURN-BASED combat
Fight hordes of zombies with your survivors and heroes in tactical turn-based combat. Charge up your special attacks and battle in different scary locations. Your tactical choice is important to survival! Test your skills against other survivors, in PVP!

• Play in the most ICONIC TWD locations
Every week playthrough the new episode of TWD season, fighting off zombies and building your base from Hilltop to Alexandria! Every new location has special zombies to derail your tactics. If a new tactical move is not taken, you will be dead by daylight!

• Build your camp
To survive in this post-apocalyptic zombie world, build your base to upgrade weapons, heal your survivors after PVP raids, and supply food to all the survivors in your base. Fortify your walls and upgrade your outpost to protect your survivor base from PVP enemy raids and attacking zombies.

Look out for the dead rising! In this tactical turn-based strategy rpg game, your choice decides if your guild is to survive or not. Strategize your move like it’s the last day on earth, or else get taken down by zombies.
What’s new in the Mortal Blossom Update?

Season 10C Missions
• Experience the most epic moments from The Walking Dead TV show, starting on the 1st of March!

New Hero: Princess
• Princess is an Assault hero, who is always ready to spring into battle with apocalyptic foes!

“The Walking Dead: Our World” – ★ TWD: Our World is the official AMC TV mobile game of The Walking Dead. ★
★ Become a zombie shooter like millions of other players worldwide to survive! ★
★ Over 1 billion zombies killed so far, how many can you take down? ★

The zombie apocalypse has begun. The zombies, otherwise known as “walkers”, feed off living human beings and have taken over our neighborhoods. In order to survive, you’ll need your gun and snipers ready to scavenge and hunt whether at your home, your neighborhood, or beyond, with the all-new Free Roam feature. With the fall of humanity, making friends and forming a team is the difference between survival and death.

Features of the TWD action-adventure game:

🔫 FUN AND THRILLING SHOOTING
Shooting zombies is easy! All you need to do is aim for the head to get headshots. Unlock and upgrade hundreds of guns and snipers to become the ultimate zombie shooter in The Walking Dead Universe.

💪 MULTIPLAYER/ TEAM UP WITH FRIENDS
Team up with your friends in this multiplayer shooting zombie game. Fight against other groups of players in multiplayer gun gaming action to become the best team out there! Try and get the ultimate zombie shooter high score together with your friends! Tip: Use snipers for maximum accuracy!

🏠 RESCUE SURVIVORS AND BUILD SHELTERS
The zombie apocalypse is upon us! Get your snipers, and gun the zombies down before it’s too late! Take on the role of a zombie shooter, rescue survivors, and thrive in AMC’s The Walking Dead universe by completing missions and building shelters.

Test your survival instincts in this zombie shooter action-adventure game from the AMC TV hit show The Walking Dead!

Community and Support
-Got feedback? TWD: Our World forums at https://forums.nextgames.com/walkingdead-ow/
-Need support? TWD: Our World support at https://nextgames.helpshift.com/a/the-walking-dead-our-world/
What’s new in 15.0?
This update brings the first look at a brand new feature that will allow you to prove you’re the best Walker slayer in Our World. 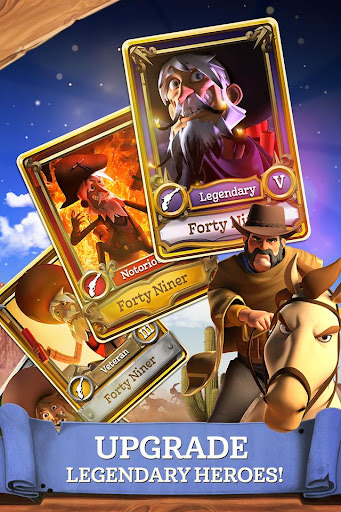 “Compass Point: West” – Saddle up, it’s time for a showdown! Join your friends in battle on the western frontier, build and protect your town, collect cards and build your posse of wild west gunslingers.

“A big dusty thumbs-up” – Gamezebo
“A neat, western take on town building and defense” – 148Apps
“The card twist on raiding strategy games is a neat one” – Toucharcade

Your help is needed to grow and protect a brand spankin’ new western town on the edge of the frontier. Explore the open frontier as you free other towns from the corrupt outlaws of Orville Driller’s evil oil empire!

Build and run your own Wild West outpost alongside the town Sheriff and recruit trusty sidekicks to protect it. Summon your friends, form a posse and take down cattle thieves in weekly events.

Don’t let Orville Driller get their filthy hands on all that black gold flowing beneath your lands or the cattle thieves take your cows and horses.

Facebook – facebook.com/compasspointwest
Twitter – twitter.com/compassptwest
Youtube – youtube.com/nxtgms
Howdy Pardner. The update is here and here is what you should know about it:
– We are bringing weekly mini events to make playing even more fun.
– We will announce the events in the Frontier Times
– There are currently 6 different events and more coming
– Some UX improvements and balancing changes