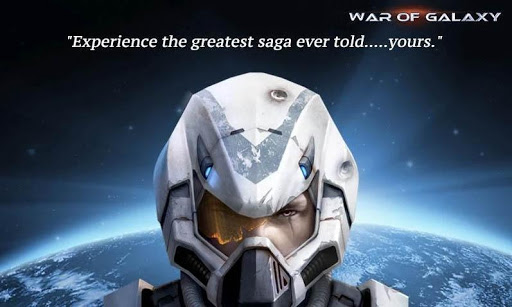 After traveling through space for months, you have finally arrived on an undeveloped planet with the mission of turning it to a powerful galactic empire.

### BUILD THE EMPIRE! CONQUER THE GALAXY! EXPLORE THE UNIVERSE! ###

● Collect natural resources like crystal, metal and deuterium to develop your planet.

● Research technologies to improve space ships, and perform various missions to explore the galaxy where you are.

● Build fleets and defenses to prevent the potential enemy over the galaxy.

● Wage wars against other players to gain the valuable materials and earn your fame in the galaxy.

● Expand your territory by colonizing more planets in your Empire, develop multi-planets simultaneously help you strengthen your power more faster.

● Join an alliance and cooperate with other players, to be the strongest organization in the galaxy, trade resources among members, you are not alone in the galaxy.

● Play in an online world with thousands of players;

● Find and gather resources across the galaxy;

● Join or create an alliance and cooperate with allies;

● Ranking system to show the powerful players or alliances;

● Build the Moon system to have the amazing functions never before;

Galaxy Clash is completely free to download and play, however some game items can also be purchased for real money. If you do not want to use this feature, please set up password protection for purchases in the settings of your Google Play Store app.

A network connection is also required to play the game.

Join us now and dominate the galaxy!