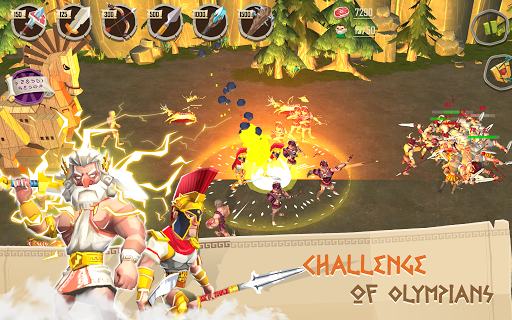 “Trojan War” – In Greek mythology, the Trojan War was waged against the city of Troy by the Achaeans after Paris of Troy took Helen from her husband Menelaus, king of Sparta.

The game simulates this war. You lead a Greek army on the way to conquer Troy reclaim Helen. Going through each territory you will receive more types of troops, using coins to equip artifact off god to increase strength. In each battle you have to balance food and training troops, use trojan horses as a fort for defense, or use the magic of spell books destroy the enemy Tower.